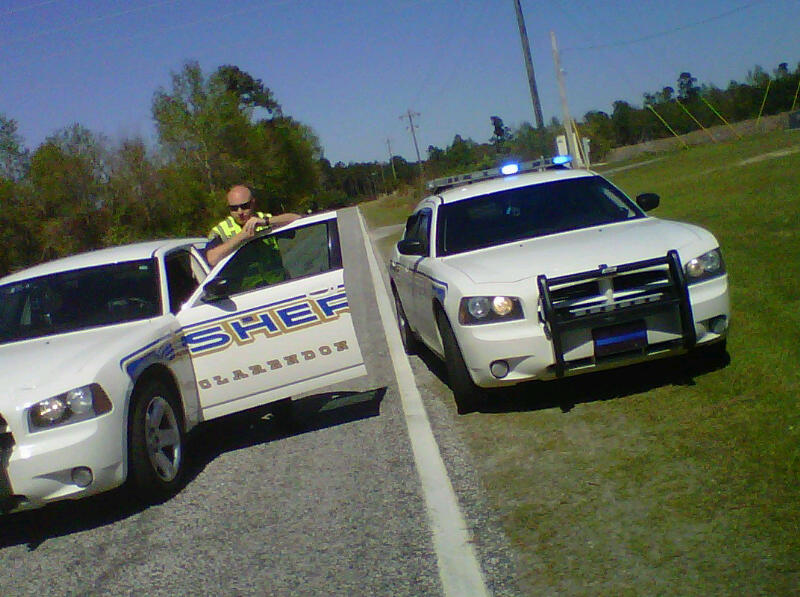 CLARENDON COUNTY, SC (WIS) - More details were released about the man charged with a double murder and another shooting inside a Clarendon County home Wednesday.

Justin Johnson had previously been charged with domestic violence and kidnapping in December. But those charges ended up being greatly reduced.

Johnson faced a half dozen criminal charges. They included two counts of murder, one each of attempted murder, kidnapping, burglary and weapon possession.

The Clarendon County sheriff said the 21-year-old had confessed to the brutal killings of his 9-month-old son Jayden and the boy's grandmother, 59-year-old Maxine Carraway. Other charges stemmed from an attempt to kill the boy's mother.

Sheriff Randy Garrett said Maxine Carraway was the first to die. She was shot in the back of the head as she was trying to phone for help. Then, "He's chasing his girlfriend into the house," said Sheriff Garrett, "The girlfriend retreats to the kitchen where the 9-year-old little boy is at. He goes into the kitchen. I understand there's some confrontation between him and her. At that time, he shoots the 9-month-old boy.

Sheriff Garrett said Johnson fired through a bathroom door at 21-year-old Kaisha Carraway, wounding her before forcing her and a two-year-old daughter into his car and trying to drive away.

A deputy arriving at the scene stopped the car, saw blood on Johnson's shirt and ordered him back to the house where he was arrested.

Sheriff Garrett said the slaughter might never have happened had Johnson remained in jail on charges filed in December.

At the time, he was accused of criminal domestic violence and kidnapping the mother of his children. But in February, Kaisha Carraway retracted her story. Court records showed the kidnapping charge was dropped, the criminal domestic violence charge was reduced to a case of simple assault, which was handled in magistrate court - allowing Johnson to get out of jail. An assistant solicitor who handled the initial charges said Carraway even agreed to plead guilty to filing a false police report. "If he'd still been in jail, you and I wouldn't be out here talking today," said Sheriff Garrett.

Investigators suspected Carraway was persuaded to change her story by an outsider who suggested she might lose financial support or benefits if Johnson stayed in jail.

But one question remains. Why shoot two people, including a baby who was sitting in his high chair at point blank range? Sheriff Garrett said when Johnson was asked that question, he just shrugged his shoulders.